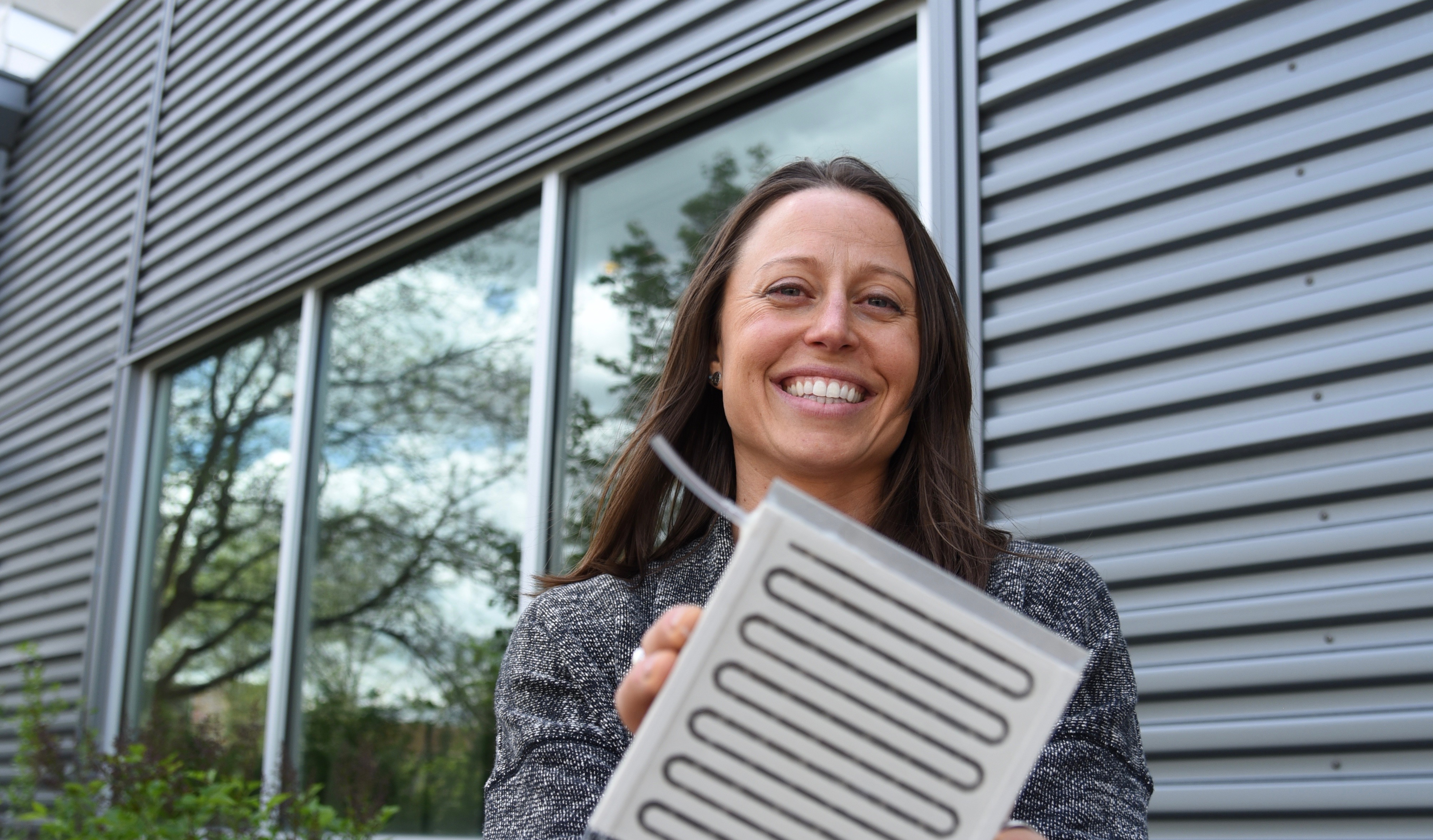 Professor Krista Carlson’s research is at the forefront of using the field of nanotechnology to develop new and innovative methods of treating contaminated water. Her patented technology has resulted in a new commercial venture, the ElectroPur System, and is a prime example of academic research resulting in a commercially viable end product that addresses real world problems.

Carlson and her team work in the Department of Metallurgical Engineering Renewable Energy Lab. Researchers in her lab are developing new ways to create tiny nanotubes out of titanium dioxide (T1O2). These tubes, combined with a low voltage of electricity, can be used to treat contaminated water. Running a low voltage electric current through T1O2 nanotubes results in the generation of hydroxyl radicals that attack water borne contaminants such as bacteria and e coli.

The ElectroPur System is still in its product development stage, but shows great promise as a low cost, portable, and environmentally sensitive water purification system. The technology’s low energy demands make it compatible with portable solar power sources, making the system a viable alternative for remote communities or as a good treatment option in the wake of natural disasters. Carlson’s research is being funded through a grant from the National Science Foundation and the STTR.

Professor Carlson sees her work as one piece of a larger puzzle of meeting the growing need for new innovations in dealing with the world’s water pollution and sanitation challenges.  She is emphatic: “There needs to be a paradigm shift in the way our communities think about and use water.”