“I always had it in my mind that I would come back,” said Danyal Aziz. In 2016 Aziz was among the first 18 students to participate in a U.S.-Pakistan Center for Advanced Studies in Water Exchange. Since its launch, the program has welcomed 131 visiting scholars, both faculty and students, to advance their water research at the University of Utah and Colorado State University. In 2017, Aziz finished his Master’s degree at USPCASW partner Mehran University of Engineering and Technology and, after working for a year at the Global Change Impact Studies Center in Pakistan, he made good on the intention set years before and returned to the U as a Ph.D. student in Civil Engineering last fall. 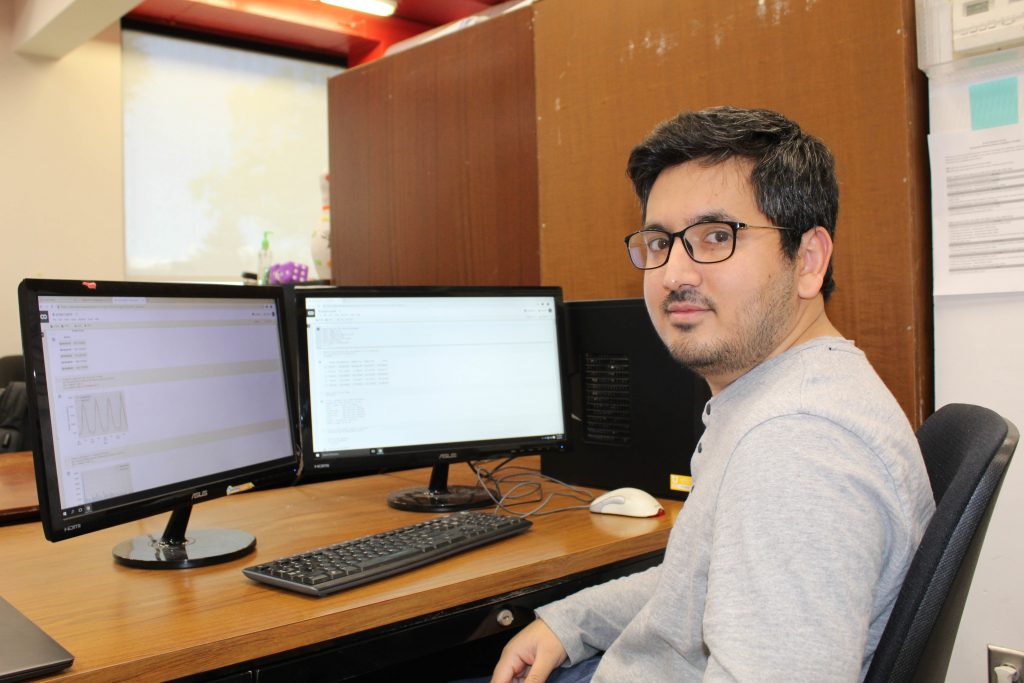 When asked why he had set his sights on further study in Utah, Aziz points to the transformative experience and the mentorship he received during his time on Exchange. “The research environment was totally different. The faculty were always encouraging people and lifting people up.” During his appointment as a visiting scholar, Aziz said he gained access to resources that supported his inquiry, faculty involvement that kept him challenged and writing instruction that helped focus and formulate his research methodology. He thanks his mentor, Dr. Tariq Banuri, former U Economics professor and now the head of Pakistan’s Higher Education Commission. “His guidance and feedback on my thesis helped me to refine scientific communication skills. Most of my thesis was developed during that Exchange,” noted Aziz. 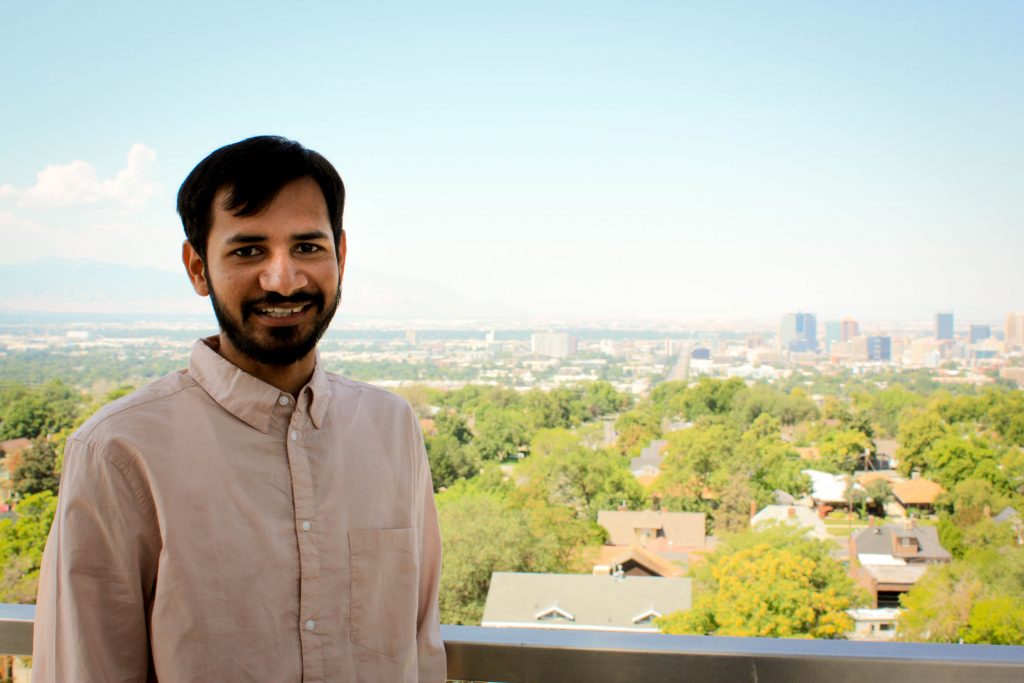 Another USPCASW alum, Daniyal Hassan, echoes Aziz’s enthusiasm for the Exchange experience and notes faculty support as the key factor in his decision to pursue a doctorate. “It was always my dream to get a Ph.D. at a reputable University,” he said, but after graduate school, he felt torn about chasing a “formal job” or continuing his studies. “Dr. Steve Burian (Hassan’s mentor and USPCASW project director) advised me to follow my ultimate goal,” he said. With that encouragement, Hassan began submitting applications to his list of dream schools. He was accepted to most of his selections but calls his decision to continue his studies at the U “destiny. It’s my second home.”

Hassan is now hard at work on a NASA-funded project using remote sensing analysis of rainfall to inform drought management practices, while Aziz is focused on the sustainability of urban water systems amid future uncertainties of population and economic growth and climate change, including the supply/waste systems in his current home of Salt Lake City. Aziz and Hassan are both also modeling Pakistan’s Indus Basin water-energy-food nexus under the direction of Dr. Burian.

The two scholars bring the total number of USPCASW grads studying in the U.S. to five, three of whom have decided to continue their studies at the University of Utah. 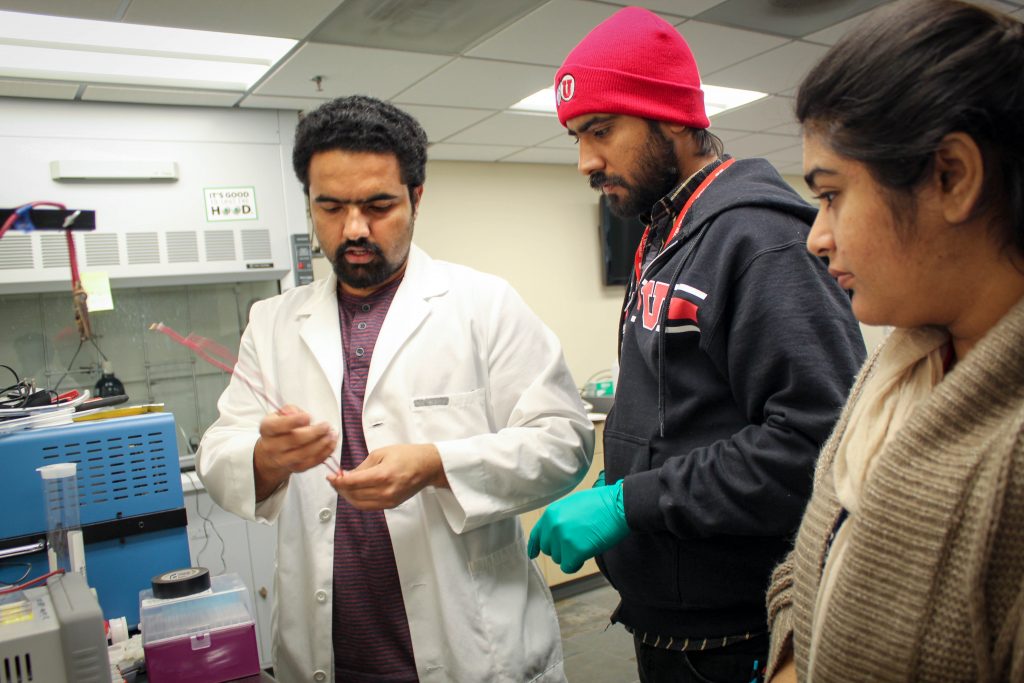 The first student to blaze a trail back to Utah was Hammad Malik, a Ph.D. student in metallurgical engineering. Malik was mentored during his 2016 Exchange by Dr. Krista Carlson. Earlier this year, he brought the USPCASW experience full circle when he visited Pakistan, this time on a training mission to test the nanostructured water-purifying prototypes he has been developing with Carlson.

Mentorship plays a key role in USPCASW programming. From student-faculty pairings to peer-to-peer faculty partnerships, formal mentorships offer growth opportunities, establish best practices and open doors for future collaborations. Burian stresses “building strong relationships was the foundation of the USPCASW project from the very start. We continue to emphasize this as a key outcome of the exchange program, mission training, joint research projects, and all USPCASW activities.”

Now well into his doctoral study, Malik is continuing the USPCASW tradition of building relationships. He has grown into a mentorship role of his own and now trains incoming batches of Exchange scholars who have a similar academic focus. “I like to help because I know what situation they are in.” He hopes to impart upon each visiting scholar the importance of taking advantage of every opportunity available at the U. “I am fortunate to be here studying and taking courses that interest me. There are so many subjects. So many collaborations. You can’t do that easily in Pakistan.” He motions to his lab behind him–the Crus Center– and mentions his work in the Utah Nanofab Clean Room. Words fail for a moment as he tries to explain what his time at the U means to him. “There is so much here that we can do,” marvels Malik. “It’s been a great journey.”