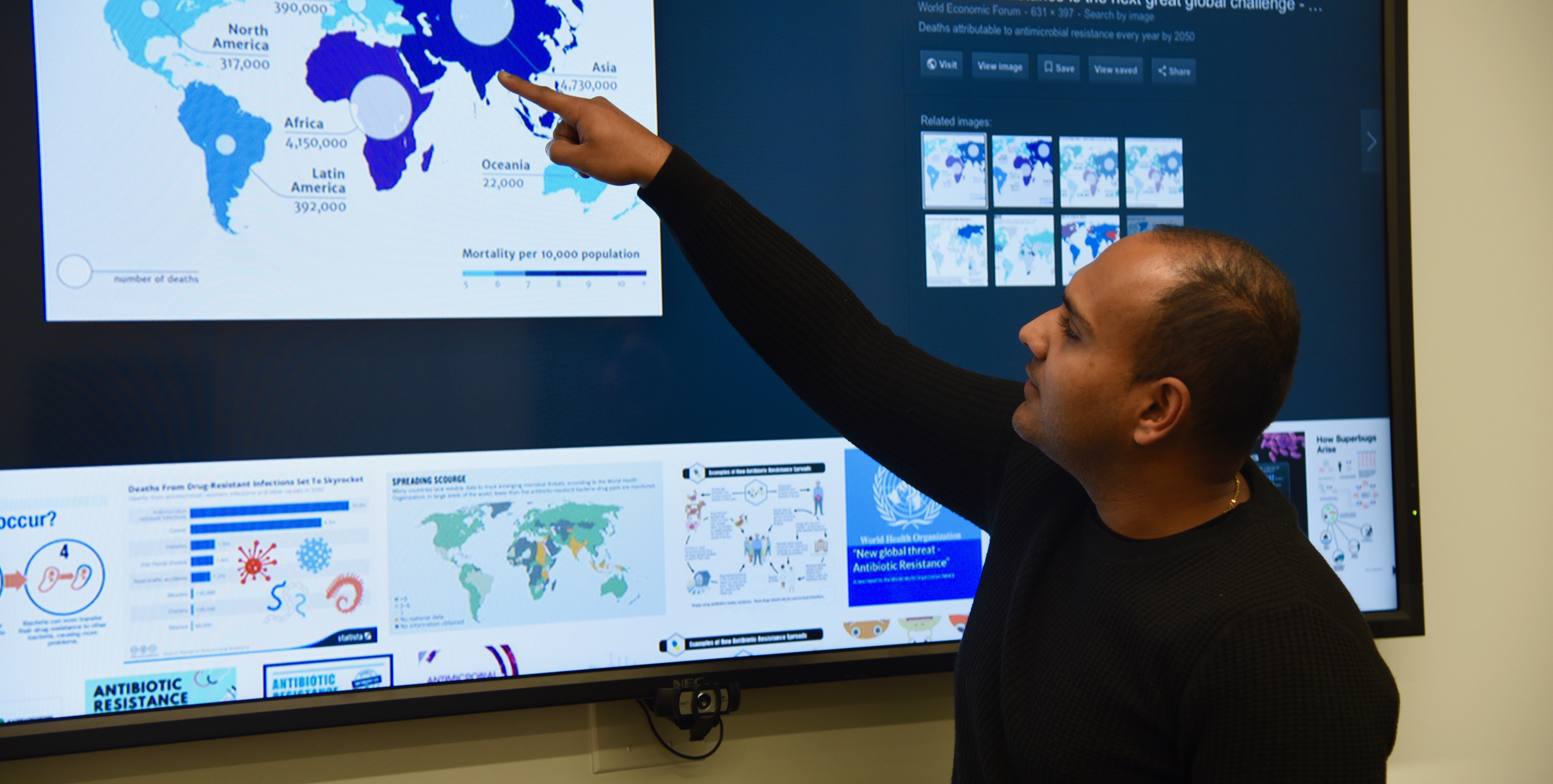 Bhavneet Singh’s journey to the University of Utah’s PhD program in public health took him around the world, and back again. Bhavneet grew up in a remote village in the Punjab of India. Eleven years ago he moved to the United States, settling in Utah. As fates would have it, an opportunity presented itself to return to the Punjab through a U of U sponsored Global Health Initiative. On this mission Bhavneet met Professor Jim VanDerslice, and was exposed to the impact public health scientists and engineers at the U are having around the world.

Upon his return he enrolled in the U’s master’s program in hydrology. His vision was to focus on the hydrology of public health: how the world’s water systems spread disease and what can be done to stop it. His master’s thesis focused on the cause and spread of antibiotic resistant bacteria in the water systems of rural India. The village he conducted his research in was forty five minutes from the home he grew up in. He had returned.

His research applies a geologic lens to the problem of antibiotic resistant bacteria. He studied the porosity of the geologic substructure, and how rocks enable the spread of contaminated water, and in some cases act as natural filtration systems, purifying contaminated water. He deployed what scientists call “proximity” and “presence and absence testing.” This process works to determine the presence of contaminated water and trace it to the source, then track the “kinetics of dispersal”—how it moves through the landscape.

His research project also sought to shed light on where the original antibiotics are entering the system, and whether they are from human or animal inputs. This emphasis exposes the controversial and poorly regulated use of antibiotics in livestock, which may be a much more significant contributor to the problem than is realized.

This fall Bhavneet will enter the U of U’s PhD program in public health and continue his research, applying a geologic lens to issues of water and human well-being. His advisor in the program is Jim VanDerslice, the initial gatekeeper who opened the door to his career calling those years ago, halfway around the world in the Punjab.