Marvi Sharma wasn’t always so self-assured about her research topic. When her project was recommended by her mentor in Pakistan “people laughed at me,” she said. Even her mother initially discouraged her. These adverse reactions are evidence of how deeply the taboo of menstruation runs in Pakistan. But, growing up, Sharma had quietly observed the treatment of women in her country and when the opportunity came to unite her training as a Water, Sanitation and Hygiene (WaSH) engineer with women’s empowerment, she fought through her hesitation and met the challenge head-on. “I asked myself ‘What can I do to give women more status in my country?’ This is it,” said Sharma.

As a WaSH scholar at Mehran University for Engineering and Technology, Sharma’s goal is three-fold: understand the perceptions people in Pakistan have about menstruation, create research-based school curriculum about menstruation, and design and distribute a biodegradable sanitary napkin that can replace the traditional ways of managing menstruation. This summer Sharma took her work to the next level by participating in The U Water Center’s Entrepreneurship Exchange. The eight-week program, offered within the U.S.-Pakistan Center for Advanced Studies in Water, coupled the participants’ engineering backgrounds with business skills that will help them bring their ideas to market in Pakistan.

Sharma was paired with USPCASW mentor Jeff Bates, a materials science and engineering professor at the U who specializes in hydrogels. His research led him to found SHERO Pads, a micro-franchise company that empowers women around the world to make their own biodegradable menstrual pads with locally-sourced materials. The concept launched in Guatemala in 2017 and Sharma spent the summer exploring ways she and Bates might bring it to Pakistan. Their work is guided by the UN’s Sustainable Development Goal 6, which aims to ensure adequate and equitable sanitation and hygiene and safe and affordable water for all by 2030. 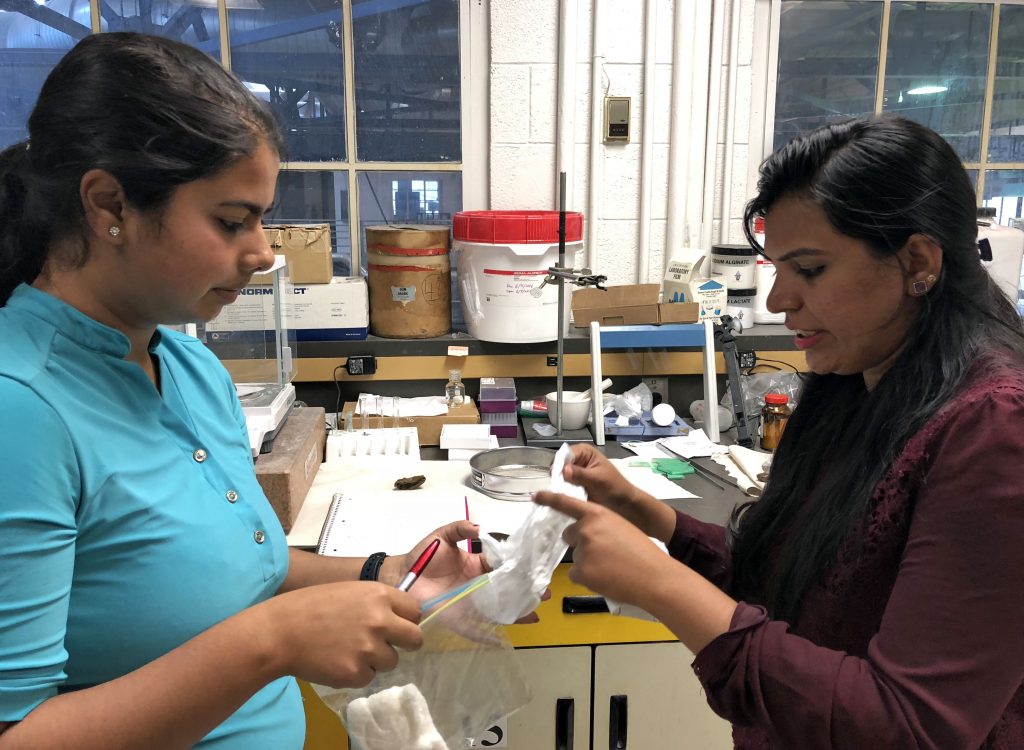 “You don’t inherit your mom’s maxi pad preference, ” said Bates. He’s right, but methods of managing menstrual cycles have historically been passed from generation to generation. And, in many cases, that’s a problem. A lack of clean water and sanitation has far-reaching effects and women often shoulder the brunt of this burden. Globally, 4.5 billion people lack safely managed sanitation services (WHO/UNICEF 2017). When resources are scarce, many women manage menstruation with reusable cloths, which are often washed in polluted water and left to dry indoors in the absence of sun. The practice can lead to infection.

In Pakistan, the scarcity of facilities and supplies combined with cultural norms dictate that many girls stay home during menstruation, missing school and creating a ripple effect felt far into the future. UNESCO estimates that “a girl out of school due to her period loses an average of two and a half weeks of school annually, with some figures suggesting absence as high as 20 percent of the school year.” USAID notes that when 10 percent more girls go to school, a country’s GDP increases on average by three percent. Compounding the problem are beliefs that suggest women are “unclean” during menses. In many communities, women and girls are cloistered when menstruating–discouraged from playing with or talking to siblings and friends, and banned from the kitchen under fears that their presence or touch may spoil food. The rules are many: don’t wash your hair, no baths on the first day of your period, don’t eat pickles or drink cold water.

Growing up, Sharma’s closest friend was her brother. When she got her first period she was told not to tell him. “I tell my brother everything,” said Sharma. “How could I not tell him this?” Sharma believes engaging men in the discussion about menstruation is just as important as educating females. She aims to work with school principals to offer training to male students as well. “If men support women, this problem will be helped,” she said. It’s a sentiment echoed by Bates.

Sharma has come a long way from doubting her research path and received an extra vote of confidence at the Exchange’s closing Pitch Event in the form of a $1,000 investment in her work. “My wish is to do something good for the women in my society. Now, when people discourage me it only makes me stronger,” she said. Her determination is palpable. 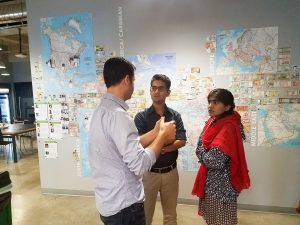 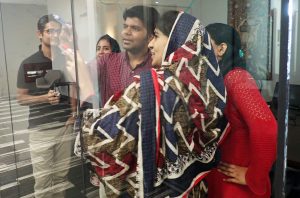