“It’s 3D printed titanium,” said Dr. Krista Carlson, cradling the dark grey lattice-filled tube in her palms. Smaller than a toilet paper tube and nearly as light, the device represents years of research and offers an elegant solution to the ugly problem of pathogen-contaminated drinking water.

In Pakistan, lack of infrastructure means that sewage often mixes with potable water and the results are disastrous, as demonstrated in the country’s recent outbreak of antibiotic-resistant typhoid. The Pakistan Council of Scientific and Industrial Research Laboratories Complex estimates 80 percent of all illnesses and 40 percent of deaths in Pakistan were caused by waterborne diseases. Poor water quality is particularly devastating for children. According to the World Health Organization (WHO), waterborne diarrheal diseases are responsible for two million deaths each year, with the majority occurring in children under five. 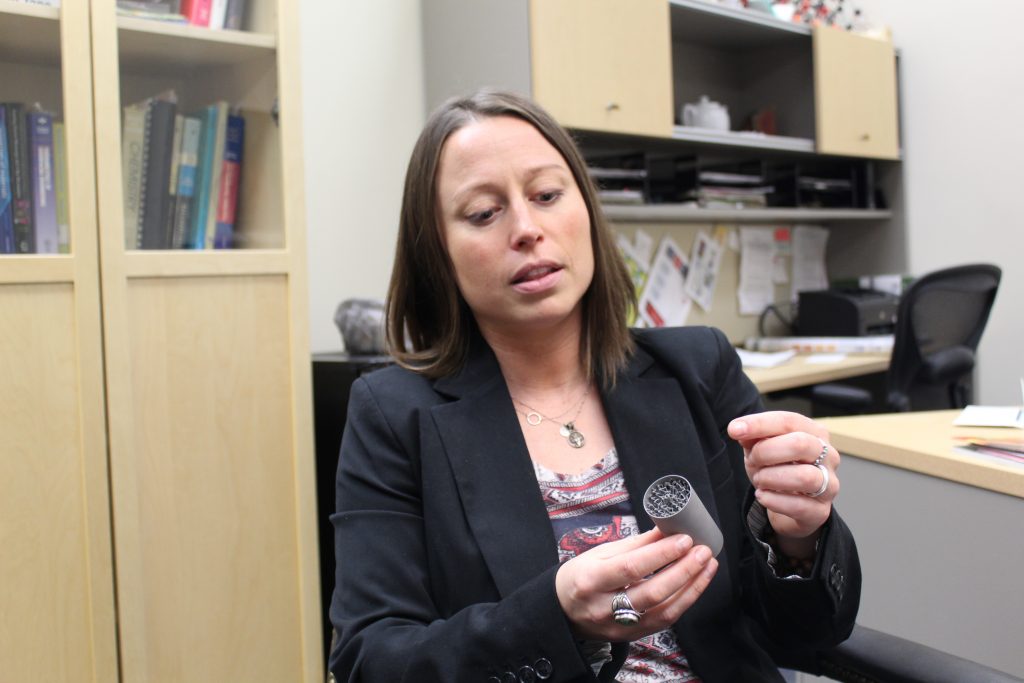 Communities that have the organizational and financial means to do so often turn to disinfectant chemical treatments like chlorine and ozone to remediate pathogenic water contamination. However, for many developing regions, these methods are challenging to implement. If not well managed, they can also have unintended health impacts of their own. What’s more, concern is growing that certain pathogens are becoming more robust and chlorine-derived oxidant-disinfectants are not as effective as they once might have been. All of these hurdles support the development of point-of-use solutions like the one Carlson, a metallurgical engineering professor at the University of Utah, is holding.

For households in Pakistan that receive potable water via pump truck, the nanotube-filled cartridge is designed to fit into the pipe connected to the residence’s holding tanks. It serves as an oxidizing sieve–the titanium dioxide outer layer of the cartridge “shreds” pathogens as the tank is filled.

“Typically, titanium dioxide needs to be used in combination with UV light to produce oxidants which physically destroy pathogens. In our case, we have adjusted the atomic structure of the titanium dioxide so that oxidants can be produced using only a small voltage,” said Carlson. What’s more, because the surface of the titanium dioxide is highly oxidizing, it is self-cleaning, meaning it inhibits biofilm growth, which leads to clogging and damage in traditional filters.

This is the third prototype Carlson’s team has developed using this technology. The first two were designed to support a single household, but this device, while smaller in size, is “scaled-up” in design to serve up to 100 people in an apartment building. 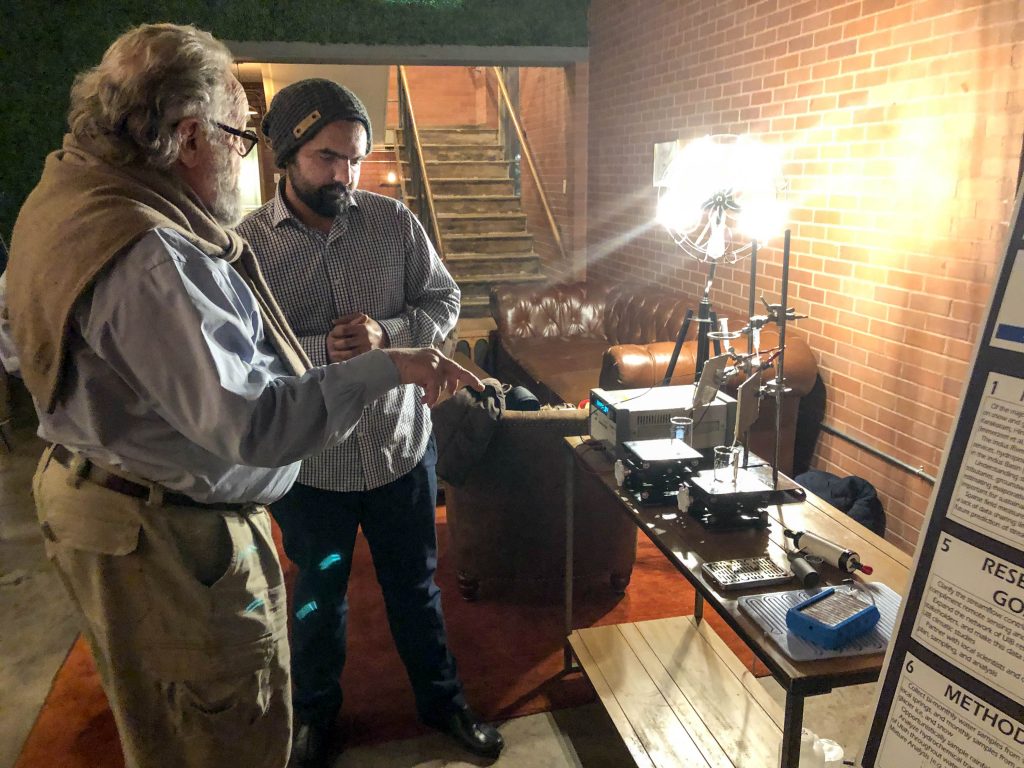 Ph.D. student Hammad Malik demonstrates the function of the cartridge during the USPCASW Fall Symposium.

Funded through the U.S.-Pakistan Center for Advanced Studies in Water seed grant program, the cartridge will travel to Pakistan later this year for its first field test. The trip represents full-circle for Hammad Malik, who will help oversee the tests. Now a Ph.D. student in Carlson’s lab, Malik completed his graduate work at Mehran University of Engineering & Technology and was a student in the USPCASW Exchange program. He is eager to return to Pakistan to share an innovation that carries such potential to benefit his home communities.