The Fall U.S.-Pakistan Center for Advanced Studies in Water Exchange scholars took to the desert in October—exploring Moab, hiking in Arches National Park and enjoying two nights of camping at Bonderman Field Station at Rio Mesa. The students met with local experts to better understand water issues in the Colorado River Basin. They were also introduced to the writing of local authors, including Edward Abbey whose thoughts on water served as a focal point for their written reflections on the trip. Writing instruction is an important aspect of the Exchange experience and the field assignment evolved into a contest and an opportunity for friendly competition; the top three essays are published below along with photos from the trip. 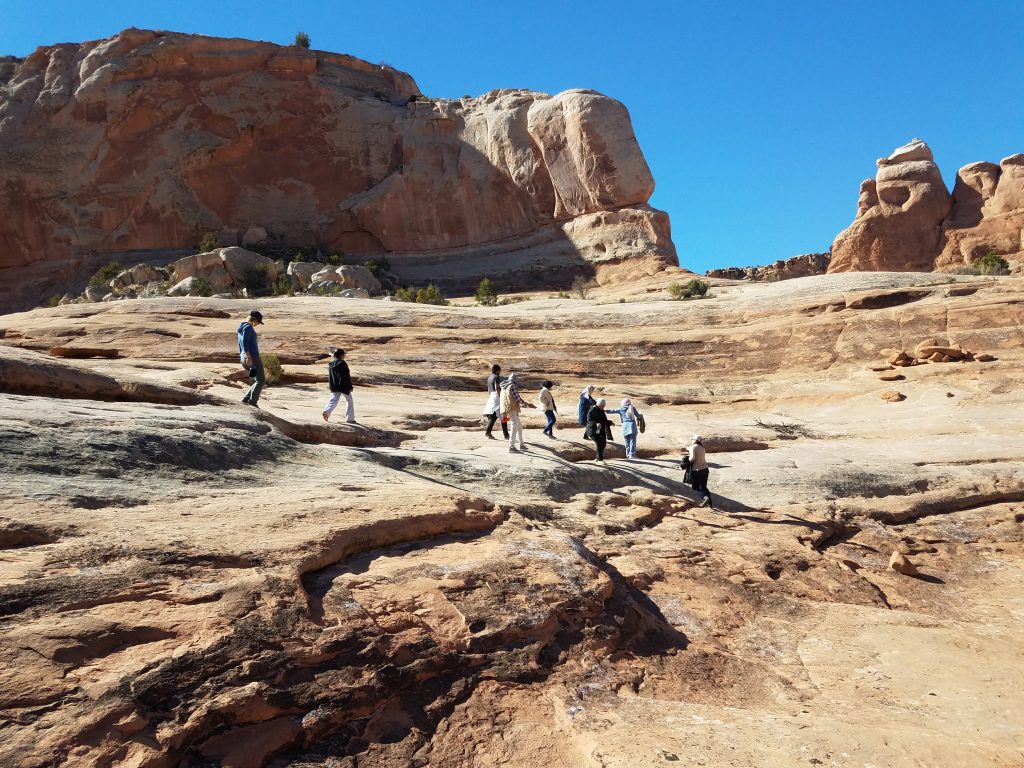 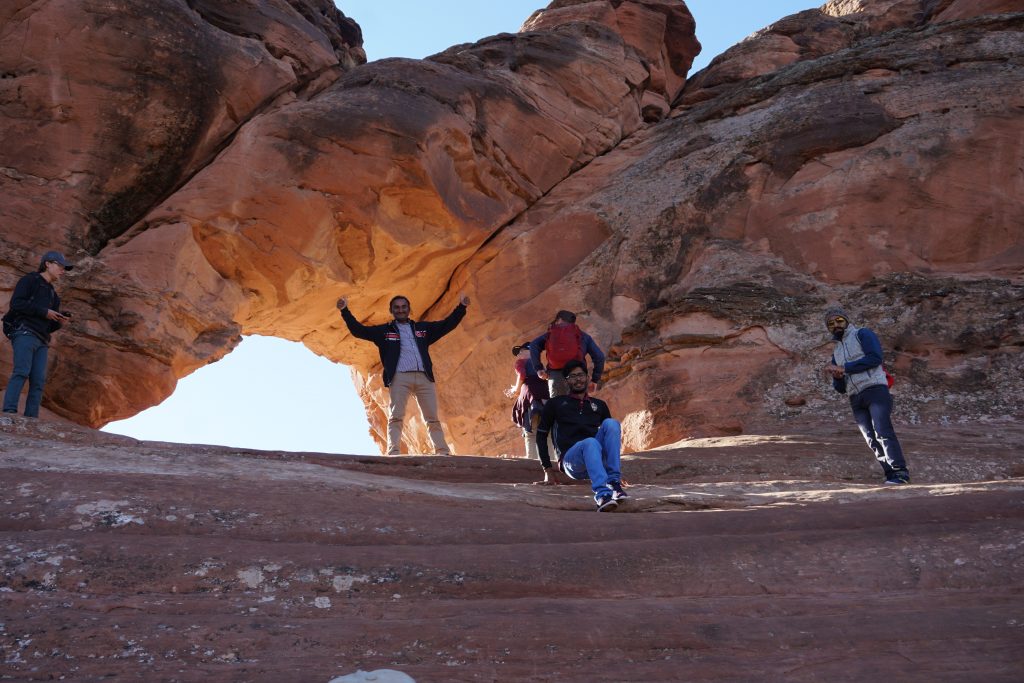 Moab (The City of Desert)

“Water, water, water…. There is no shortage of water in the desert but exactly the right amount, a perfect ratio of water to rock, water to sand, insuring that wide free open, generous spacing among plants and animals, homes and towns and cities, which makes the arid West so different from any other part of the nation. There is no lack of water here unless you try to establish a city where no city should be.” –Edward Abbey, Desert Solitaire

Edward Abbey was one of the greatest environmentalists, who never compromised the environment in his writings. He was the man of nature. His ideas about nature can also be understood from this quote.

In this quote, Abbey had figured out an important philosophy of nature: if we don’t disturb nature, nature will not disturb us and vice versa. This shows his view regarding water shortages in the desert. He articulated that there is no water shortage in the desert, but water is in correct proportions with rock and sand, which ensures wide spacing among plants and animals, wide spacing among homes, towns and cities. In his view, all these things make the desert special compared to other areas of land. He pointed out that there is no lack of water in the desert unless we try to disturb natural water proportions by establishing new infrastructure, which results in increase in population, resulting in increase in water demand. In his view, there should not be a need for a city to be established in a place where no city should be. If we try to do that, then there will occur a problem of water supply and water shortage will be the result.

We have visited Moab, which is a desert city and we saw same effects in Moab as told by Abbey in the quote. Due to an increase in infrastructure, development of commercial zones and rising population, Moab is facing water shortages. Moab, once a water-rich desert, now becomes a water-deficit desert. The situation of Moab shows that the words of Abbey are very much correct.

The City of Moab has pleasing weather, which is an attraction for many festivals and outdoor activities. That has resulted in the development of a lot of restaurants, shops and businesses. This ultimately results in increased water demand and this situation proves Abbey’s quote correct.

Lastly, converging with my thoughts about this quote, I am quite inspired by Abbey’s thoughts regarding nature. I am quite inspired by how he showed his views regarding water availability in the desert. We need to seek insights from his view and also from other philosophers in the past, so as to understand the nature of nature. We need to understand how nature will react when we act against it. If we disturb nature, nature will react in the magnitude lesser or greater than it was disturbed. 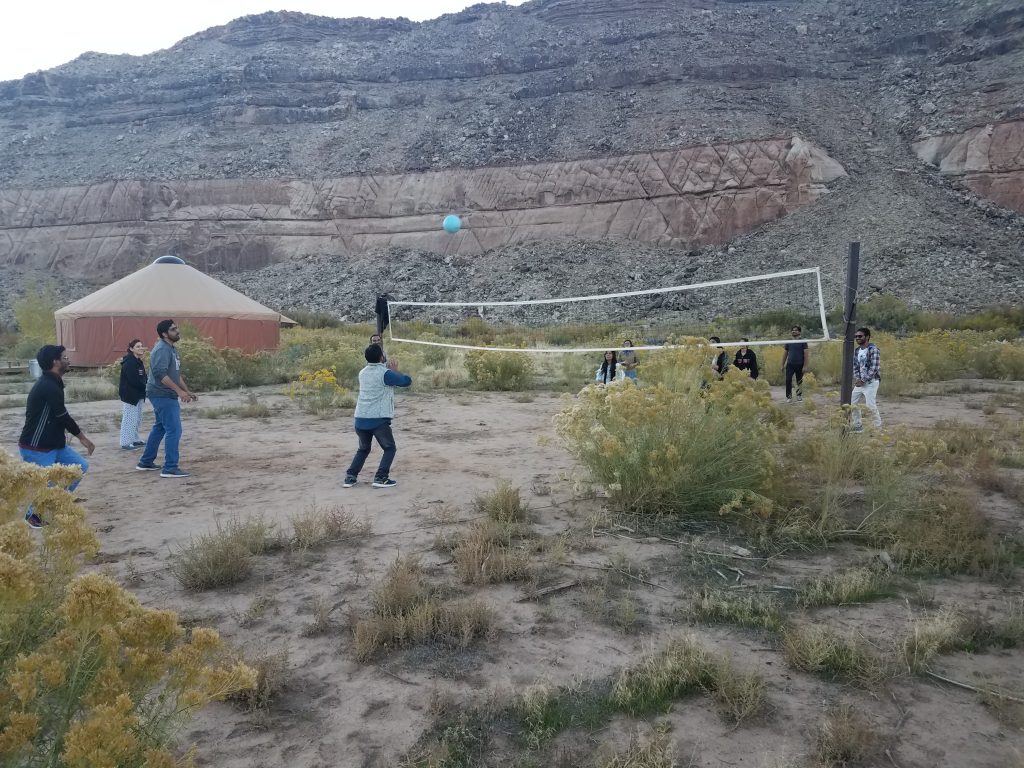 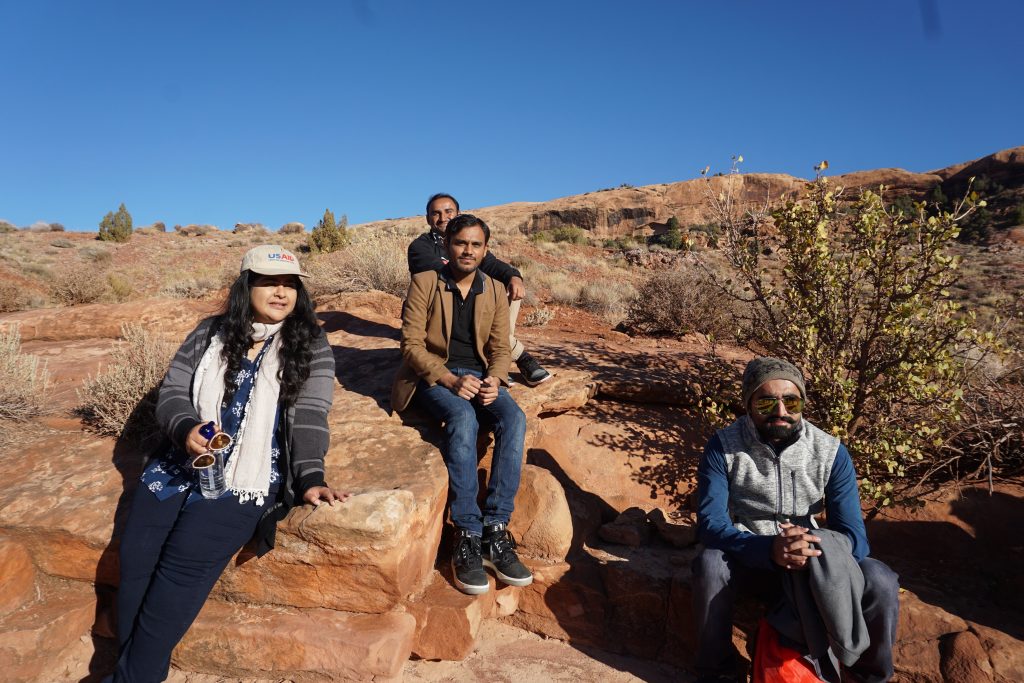 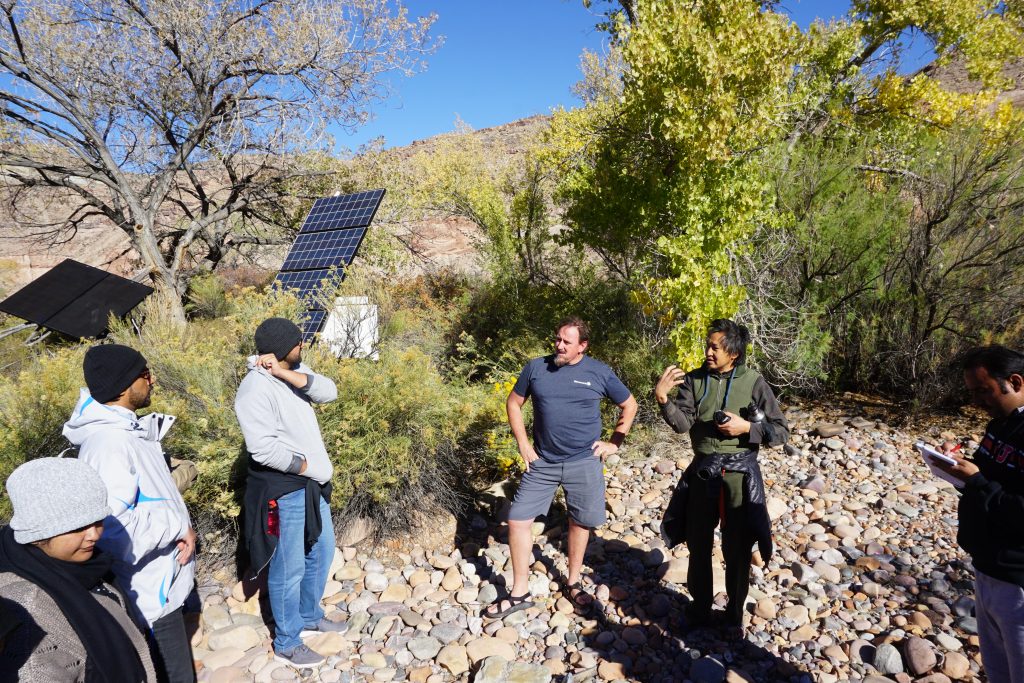 Beauty of the Moab Desert

Moab, a city in eastern Utah, is a portal to huge red shale developments in Arches National Park. Southwest, Canyonlands National Park highlights plateaus and buttes cut by the Green and Colorado waterways. Moab is encompassed by an ocean of clasped, wound and worn sandstone etched by centuries of sun, wind and rain. Moab is well known for canyoneering, climbing, waterway boating, and motorcycling. There are likewise places for tranquil, intelligent minutes that make Moab charming. For example, viewing the dawn at Delicate Arch in Arches National Park, the sound of a kayak paddle slipping into the Colorado River or a drive along one of three picturesque byways. Beautiful scenery and the cool waters of the Colorado River have taken my heart.

While exploring Moab, one thing I thought of is that when I was a kid watching kid shows, the ideas of “desert” and “water” were not totally unrelated. Moab is a desert but there is no lack of water in it. The exquisite environment in Arches National Park is loaded with cryptobiotic soil, which is light sand loaded up with water-catching microorganisms to make life in the high desert conceivable.

I totally agree with the quote of Mr. Edward Abbey in Desert Solitaire: “There is no shortage of water in the desert but exactly the right amount.” I’ve observed the same: there is no water scarcity in Moab, although it is a desert. I’ve noticed that an ideal proportion of water is provided where it is needed. A proper amount of water has been supplied to sand, safeguarding that wide divide among plants and creatures, homes and towns and urban communities. There is no absence of water in Moab. 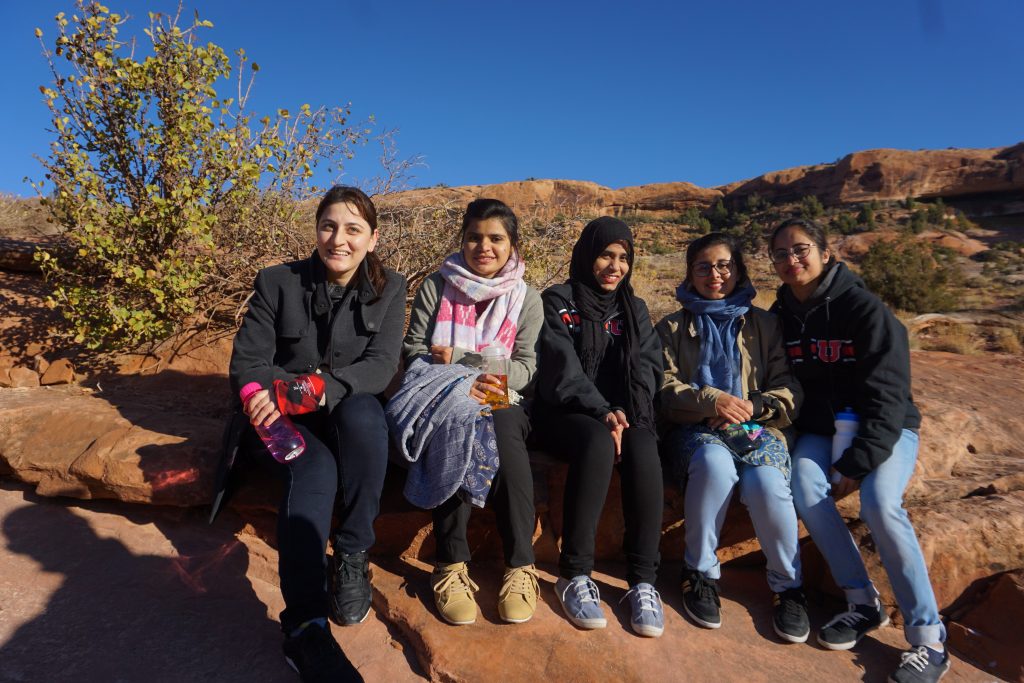 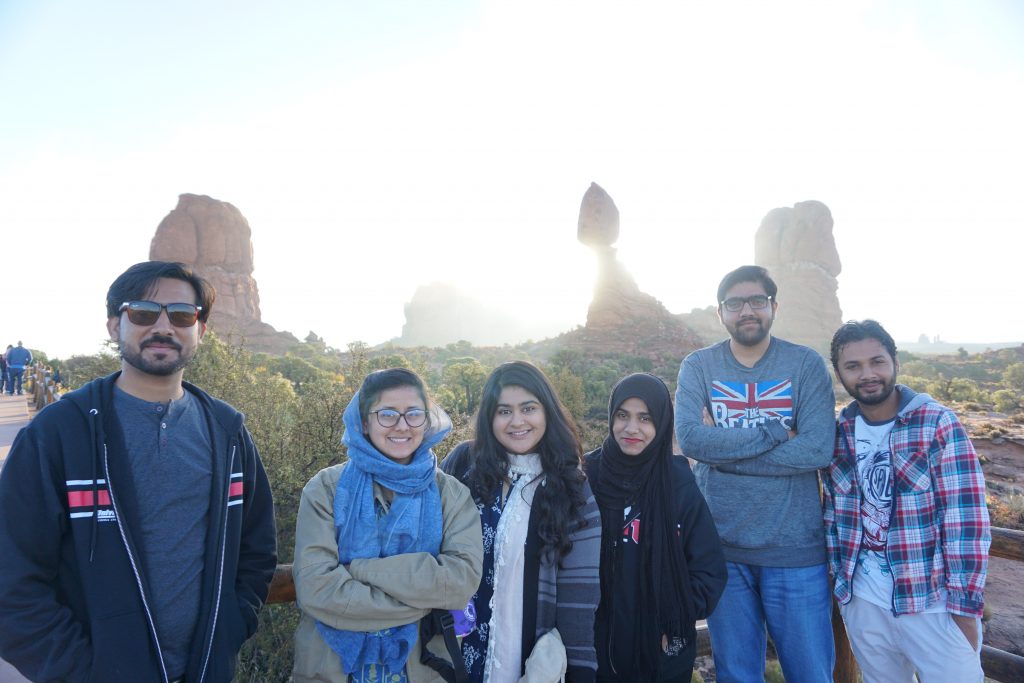 Progress and Preservation: Striking a Balance

“Water, water, water….There is no shortage of water in the desert but exactly the right amount , a perfect ratio of water to rock, water to sand, insuring that wide free open, generous spacing among plants and animals, homes and towns and cities, which makes the arid West so different from any other part of the nation. There is no lack of water here unless you try to establish a city where no city should be.”

From discovering that two stones can ignite fire to using the heat from that fire to land on the moon, humankind has come a long way to get where it is today. The journey has been just as difficult as it has been long. Man has progressed and developed, but at a cost – both known and unknown. Technology, as we know it today, has become a significant part of everyday life. We may have not known the impacts of industrialization half a century ago, but we know them now. These impacts have significantly affected the two most important assets of nature: water and air.

When I think about this, I agree with Edward Abbey’s thoughts. Utah is one of the most naturally gifted states in the U.S. with river, snowpack, ground hydrology and precipitation. It faces its share of challenges, nonetheless. With continuing development and the effects of climate change, managing water remains critical. Water usage per capita, in my opinion, is still high in Utah. Subscribing to a lifestyle that ensures water conservation can help water management significantly. Conservation is not only limited to household use; in fact, it is not even the most problematic sector. Most water losses are recorded in irrigation and agriculture. Outdated farming practices and unstructured irrigation methods result in massive water loses, which require immediate policy interventions.

Abbey also talks about not developing cities where they are unnecessary. However, it is a big challenge to determine or set a criteria. How will you decide where to make a city? Even if you know the answer, the problem is never going away. With everyone trying to get a good education, better employment and a luxurious lifestyle, cities will continue to struggle with overpopulation and resource management. Restricting development to certain areas would result in centralization of populations, which itself is an alarming concern. I remain in complete dilemma with Abbey’s thoughts, and hope that humankind brings itself to strike a balance between development and preservation. As Jacques Yves Cousteau – a French naval officer, explorer and innovator – once put it, “We forget the water cycle and life cycle are one.” It is about time we remember it. 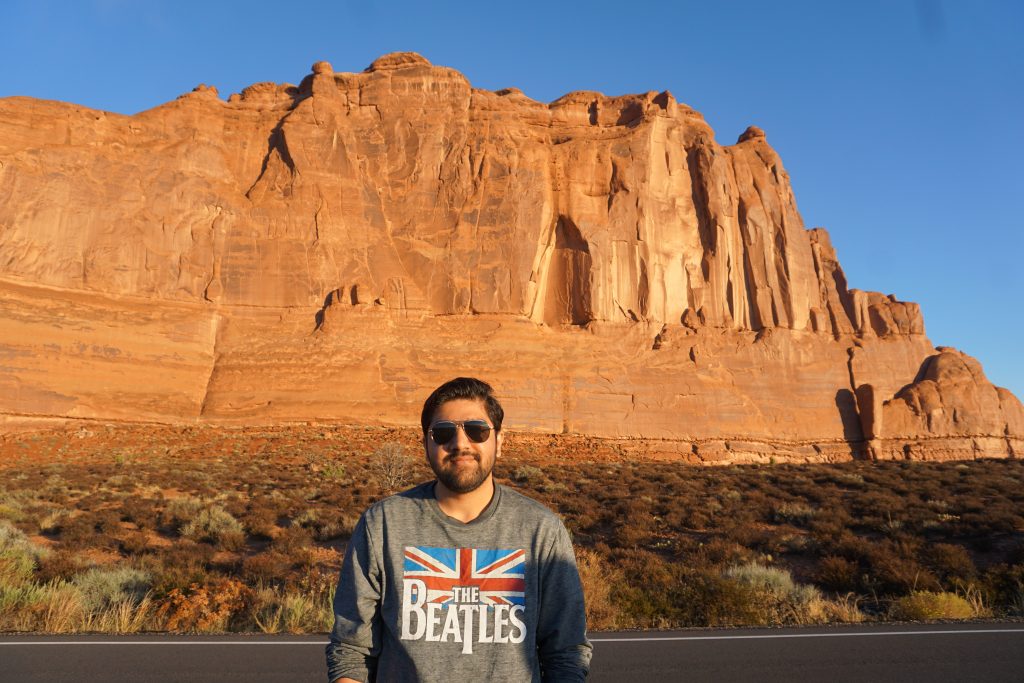 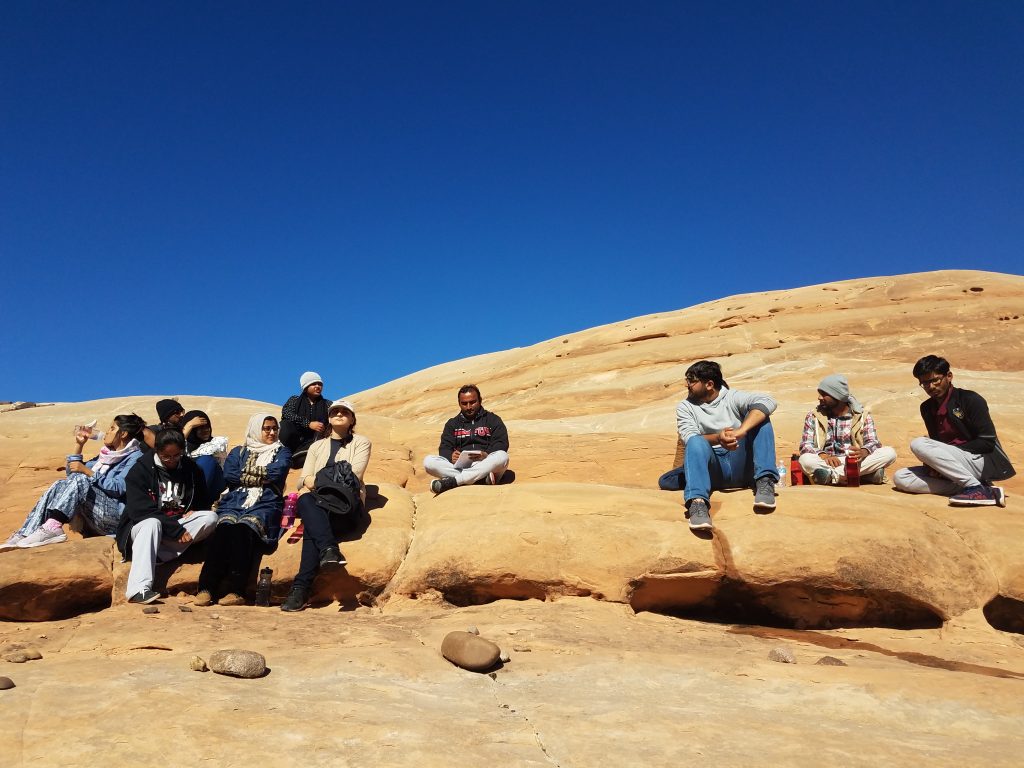 Reflections on the human/environment relationship
June 19, 2019 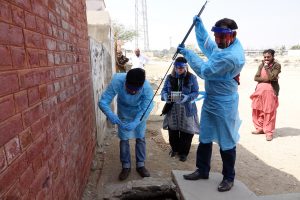