Making water from air. Professor Sameer Rao’s work sounds a bit like a magic trick, but Rao is quick to point out that the concept is not so unusual and is, in fact, an old practice. Ancient peoples built piles of stones to accumulate condensation and collected the resulting drops in ponds. He points to condensation on a glass as an example most people are familiar with. “It’s called ‘dewing.’ But it only works well in limited cases.” Which is why Rao is interested in exploring other options.

Rao recently joined the mechanical engineering faculty at the University of Utah after completing a post-doc at MIT. The move was strategic. “I wanted to continue to demonstrate this work in a desert,” he said. Rao’s team had recently completed a successful field test of their desiccant-based water harvester in Arizona. The opportunity to continue developing the concept in a place with a low relative humidity was ideal. “Dewing is not very effective under 40 percent relative humidity. But desiccant-based solutions can be used in environments with less than 20 percent humidity,” Rao noted. 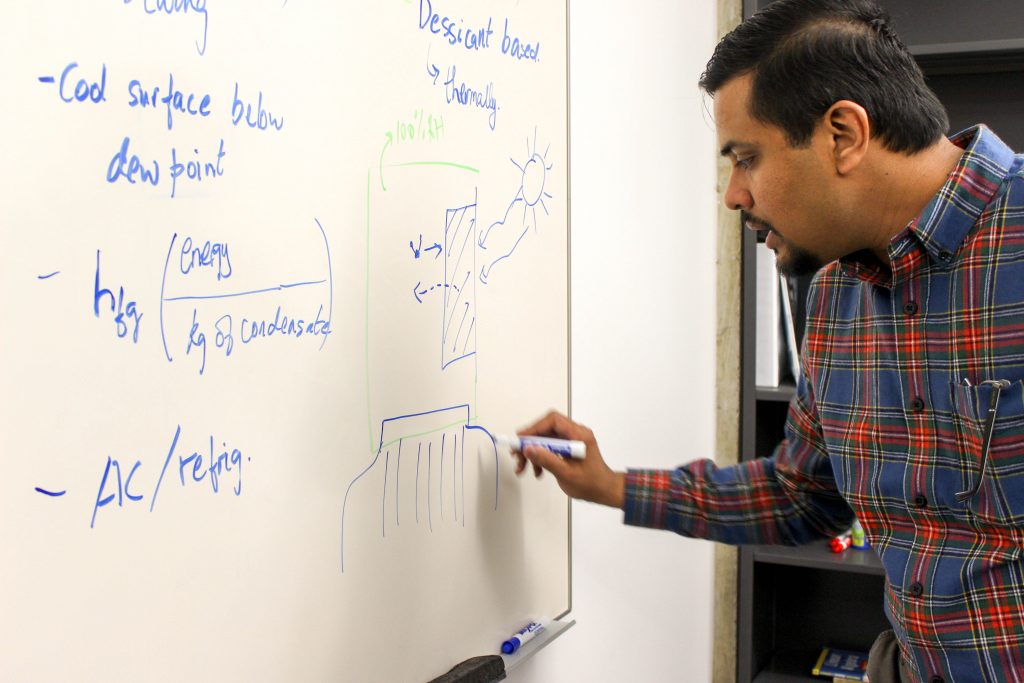 Ultimately, Rao hopes to create a device that can produce daily drinking water for a family. “We imagine a solution where each person takes ownership of their water. We’re essentially democratizing the creation of this key resource,” says Rao. Three in 10 people lack access to safe, readily available water at home according to a 2017 report by WHO and UNICEF, making the need for point-of-use potable water solutions immense.

While off-the-shelf solutions do exist for water harvesting via dewing, Rao notes that most are not suitable to address the limitations in which water-impoverished communities exist. “We’re playing an efficiency game,” he said. Other solutions that involve pulling water from air hold promise but also require high energy costs–solar panels, refrigeration units, compressors driven by electricity. Those resources are not readily available to most water-impoverished regions. Even systems that require burning local fuels are less desirable, noted Rao. Relying on fuel-based combustion is “like using a jackhammer to open a can,” said Rao; unless it also addresses energy-creation or co-generation, there’s a lot of wasted resources involved. 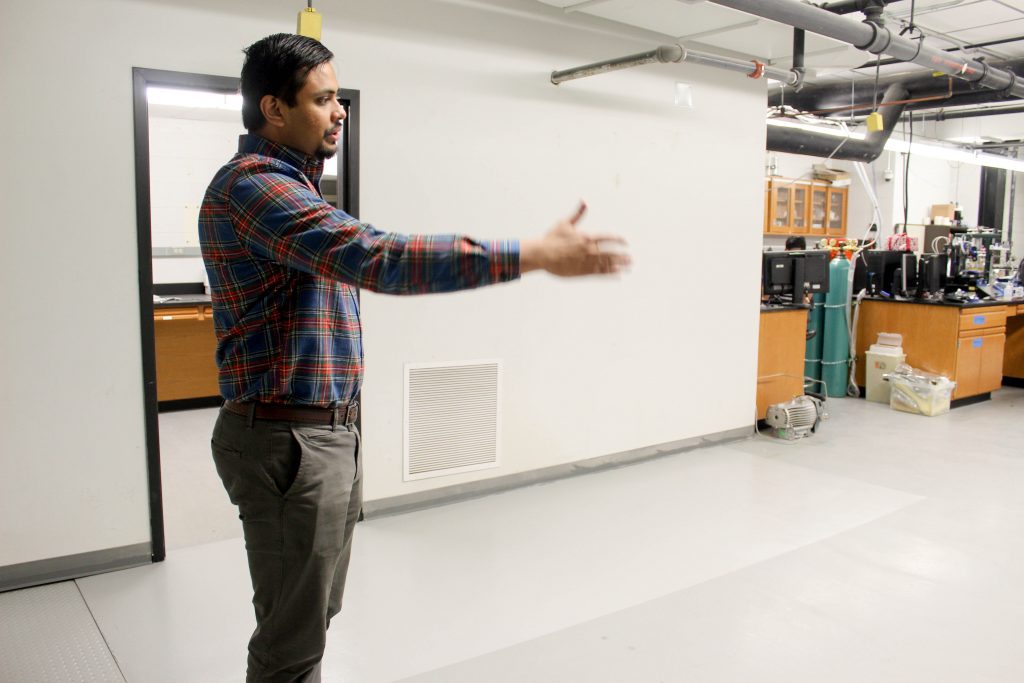 Rao’s solution calls on novel adsorbent or desiccant materials known as metal organic frameworks (MOFs) specially-tailored to pull moisture from the air. The adsorbent layer is attached within a sealed box which, when heated by the sun, creates conditions of 100 percent relative humidity. The collected moisture can condense at room temperature without refrigeration. “It’s a simple, passive process with no moving parts,” noted Rao. The simplicity is important. Many of the most water-impoverished regions are remote, cannot rely on an electric grid, and are unable to source and pay for replacement parts when a device fails.

The elegance of the system belies the level of engineering that goes into the pièce de résistance–the adsorbent itself. Rao, along with collaborators at Berkeley and MIT, is investigating novel metal organic frameworks with scaffolding structures best suited to trapping moisture. Their goal is to achieve an extremely high surface area to volume. Other more low-cost materials are also in Rao’s sights, such as silica and zeolite. “Zooming in on materials. That’s where the really exciting science is. That’s where the breakthrough has to come from,” said Rao. His enthusiasm is palpable but he remains committed to deploying a solution that is easy to support. “The scale and stability must be there.”

“[Access to clean] water is a fundamental problem. It doesn’t get more real. I don’t think there can be a more exciting challenge to work on,” exclaimed Rao. 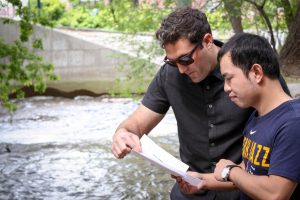 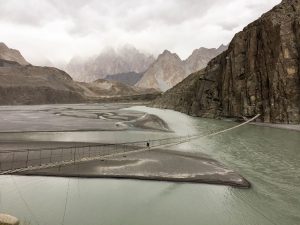